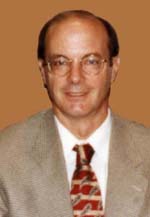 The NBEC selected the late Dr. Richard S. Hawe to receive the 2001 NBEC Award. In lieu of a formal award presentation, and at the request of Dr. Hawe's family and practice partner, the NBEC made a contribution to the Richard S. Hawe Quest for Excellence in Small Animal Medicine Scholarship Fund at the Virginia Maryland Regional College of Veterinary Medicine.

Dr. Hawe graduated from the College of Veterinary Medicine at the University of Georgia in 1975. He was a partner in the Alexandria Animal Hospital in Alexandria, Virginia, and a diplomate of the American Board of Veterinary Practitioners. Dr. Hawe was appointed to the NBEC by the American Animal Hospital Association (AAHA) in 1988. After serving three terms (nine years) in that capacity, including one year as NBEC Chair, he was appointed to the NBEC by the AVMA Council on Education 1998. He served in that capacity until his untimely death on November 18, 2000.

Dr. Hawe was an active participant in examination item writing and review activities over the years. He also involved several of his colleagues in the licensing examination program, including Dr. Catherine Cross, who served on the NBEC from 1992 through 2001 as one of the two members appointed by AAHA.

Dr. Cross formally recognized Dr. Hawe at the NBEC meeting in Boston on Tuesday, July 17, 2001. Her remarks are quoted below.

It is indeed my professional honor and personal privilege to bestow the third annual NBEC Award to my dear friend and our gifted colleague, Dr. Richard Hawe. Obviously, this special moment is tempered by his untimely death in November, but the NBEC's contribution to the Richard S. Hawe Quest for Excellence in Small Animal Medicine Scholarship Fund at the Virginia-Maryland Regional College of Veterinary Medicine will help ensure that his legacy will live on for future generations of veterinarians.

True of many people characterized by greatness, there was a factual side to Richard and then there was the heart and soul side that many of us were fortunate to have caught a glimpse of.

The facts tell us that Richard graduated at the top of his class at the University of Georgia in 1975. He then went to northern Virginia and became the leader of one of the Washington, DC area's premier small animal hospitals.

The facts tell us that Richard came to the NBEC in 1988 and for ten years was an instrumental component in the evolution of this board from a small committee, to the strong, independent, forward thinking organization it is today. His obvious ability to lead people, effect positive change, and create momentum for all of our professional futures led to his election to the AVMA Council on Education in 1998 and it was in this capacity that he served until his passing in November of 2000.

But, with these and numerous other achievements and accolades, it is what made up Richard's heart that made him and those of us who knew him the most proud. Richard Hawe was an extraordinary mentor, a true teacher, a dedicated striver to be just one more piece of knowledge better.

There are countless numbers of veterinarians across this country who evaluate a sick pet of a worried mom or dad who ask, "Will he get better?" and because of Richard's patient training and guidance, make the right diagnosis, start the correct treatment and...save a life.

Richard's passion was to teach and he was never too busy to create a lesson. We just had to listen.

And so, with all of his obvious achievements, the appreciation of so many pet families, the respect of his colleagues across the country and here today, and my own heartfelt admiration, it is an honor to recognize Dr. Richard Hawe today in front of you.