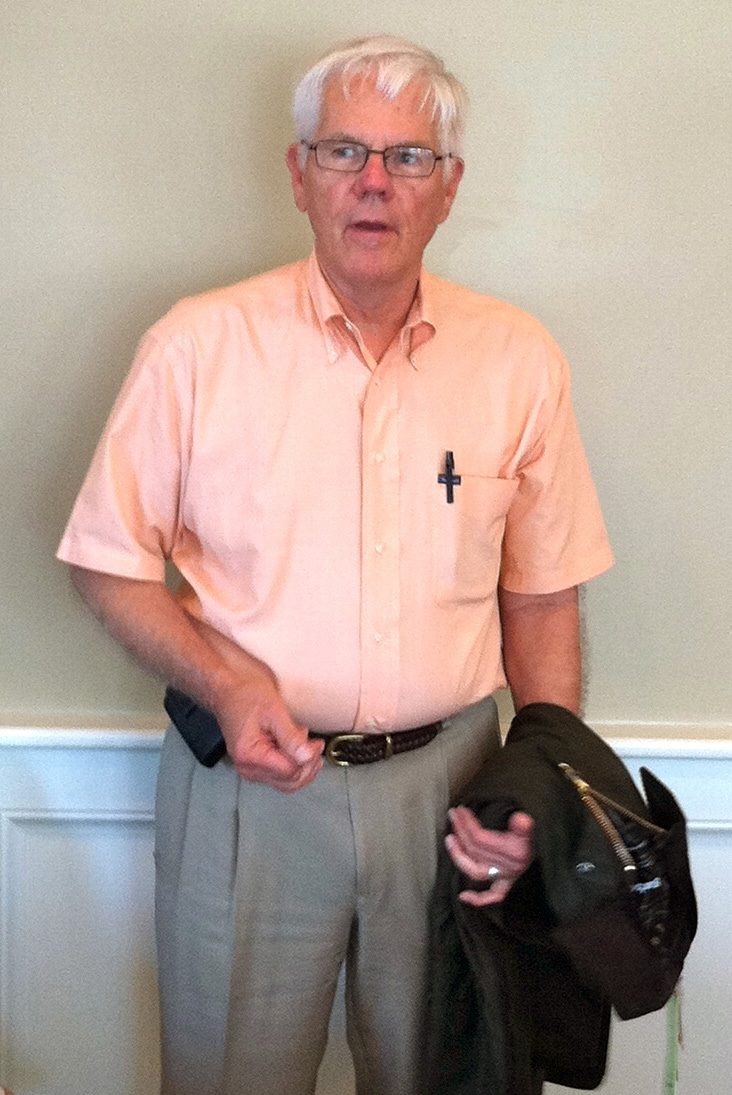 The National Board of Veterinary Medical Examiners (NBVME) presented the 2011 NBVME Award to Dr. R. Michael Thomas of Indianapolis, Indiana.  The award was given to Dr. Thomas by NBVME Chair Dr. Jay Hedrick during the NBVME’s July 22 meeting in Bar Harbor, Maine.

A native of Shelbyville, Indiana, Dr. Thomas graduated from the College of Veterinary Medicine at Auburn University in 1968.  After completing an internship in Chicago, he spent several years in private small animal practice in North Carolina and Florida.  In 1982, Dr. Thomas moved back to Indiana, and established the first Noah’s Animal Hospital.  Today, he has built a group of veterinary hospitals in central Indiana, all dedicated to providing high quality care for pets and their owners.  Dr. Thomas served as President of the American Animal Hospital Association (AAHA) in 2001-02.  He has been active in many other professional organizations, including the Companion Animal Parasite Council, the Veterinary Information Network, and several practice management groups.

During his two years as NBVME Chair, the Veterinary Clinical Skills Assessment (VCSA) was pilot tested and administered for the first time.  The VCSA is a two-day hands-on examination used by the Program for the Assessment of Veterinary Education Equivalence (PAVE), a certification program for graduates of non-accredited veterinary schools.  Dr. Thomas has served as an examiner for most VCSA administrations.

Other significant accomplishments made by the NBVME under the leadership of Dr. Thomas include the hiring of new legal counsel, two strategic planning sessions with outside facilitators, adoption of a NAVLE retake policy, revision of the NBVME Bylaws, the use of the Qualifying Examination by accredited veterinary schools, revision of the NBVME’s species specific examinations, and the beginning of an outreach program to veterinary licensing boards.  During the two years the outreach program was conducted (2008-2010), Dr. Thomas visited 15 state licensing boards, providing information to board members on the NBVME, and collecting input from board members.  From 2006 to 2008, as a member of the NBVME Executive Committee, Dr. Thomas served on several hearing panels, investigating cases of possible irregular behavior on the part of NAVLE candidates.

In presenting the award to Dr. Thomas, Dr. Hedrick cited his dedication to the betterment of the profession, his remarkable work ethic, his willingness to help with any board activity whenever possible, and his strong desire to see the NBVME fulfill its vision as the recognized leader providing examinations for veterinary medicine.  Dr. Hedrick noted that Dr. Thomas has continued to serve after leaving the board, through participation as the NBVME’s representative to the North American Veterinary Medical Education Consortium (serving as NAVMEC Vice-Chair), and participation in NAVLE item review meetings.  In accepting the award, Dr. Thomas commented that his accomplishments would not have been possible without the work of others who had gone before him, and he stressed the importance of giving back to the profession.

The Award was a Barbour coat.